What is consciousness? The word gets thrown around in science fiction films, branded as the final divide between humans and robots. Is it the capacity to feel guilt or gratitude? The chill on the back of the neck during a morning walk? The taste of a delicious dinner that transports you to another time and place?

Philosophers and scientists have debated for generations over a clear definition, but at its core, consciousness is considered, “an awareness of an internal and external existence.” Yet, while all humans have consciousness, it’s painfully apparent that many have less awareness than others.

Self-awareness, in particular, is defined as the “conscious knowledge of our own character and mindset.” To be self-aware is to be an unbiased witness to the concepts, feelings, and behaviors that shape our reality.

But despite the amount of time we spend thinking about ourselves, true self-awareness is rare.

Most of us — myself included — tend to self-reflect inside our head. We replay old scenes on the mental projector in our mind. Self-reflection like this is like getting dressed in the dark — you might get your pants on, but they’re probably backward and definitely won’t match your shoes. That’s because introspection doesn’t always equal insight. And that ongoing, up-in-your-head rumination we’re prone to? It often makes things worse.

Introspection is typically thought of as a good habit, but research has shown that people who are prone to introspection tend to be more anxious, less content, and more self-absorbed than people who spend less time in introspection. The Buddist scholar, Tarthang Tulku uses an apt-analogy: “When we introspect, our response is similar to a hungry cat watching mice. We eagerly pounce on whatever ‘insights’ we find without questioning their validity or value.”

There is one tool, however, that works to drag the lake of murky emotions out of the dark room and into the open. It’s been used as a secret weapon by some of history’s greatest leaders, artists, and icons to find wisdom and self-mastery. It’s the daily practice of keeping a journal.

One of the gifts of journaling is the ability to go back — to re-read, re-live, and remember who we were and how we felt at different points in our life. But the power of journaling isn’t only in the collecting, it’s also in the emptying. Because as ink fills the page, our inner canvass gets washed clean.

Carl Jung, the godfather of analytical psychology, calls this process, making the unconscious conscious. “Your visions,” he wrote, “will become clear only when you can look into your own heart. Who looks outside dreams; who looks inside, awakes.” But looking into your heart is difficult when you’re stuck in your head.

I’ve always been amazed at my ability to avoid what I know I need most. It was when I found myself in the thicket of burnout and disconnect that I realized that it had been months since I journaled. I knew that I had too many thoughts and feelings bouncing around my head, but for some reason, I felt more comfortable spinning on the haunted carousel of rumination. It was safer for me there. Standing on the cliff’s edge, refusing to take a hard look at what was waiting below. It didn’t know exactly what was down there, but I had a hunch it was coiled and ready to bite.

After months of avoidance, I returned to my journal. And it didn’t take long for words to fill the page and release the pressure in my head. My journal allowed me to pull the blurry emotions, vague ideas, and wild insecurities into physical existence. It allowed me to hold them in my hand and see them for what they were.

It was through journaling that I was able to see just how far off the path I’d strayed. I saw how I was neglecting friendships, forgetting to play, and drowning out my true feelings with external noise. I was competing with robots and forsaking what made me human. It was the pages of my journal that revealed what I was missing and what I needed to do to fix myself. It was in my journal that the idea for this article was born.

It didn’t happen overnight. I didn’t write a few pages of angsty prose and transform. But that was ok. Because awareness is always a journey and never a finish line. Awareness is a moving target because we are ever-changing beings. And while that might make the goal of self-awareness sound daunting, it’s actually one of the most beautiful parts of being human.

A journaling habit removes the horse blinders we’ve fastened to ourselves. The easiest way to get an objective look at the stories you beat yourself up with is by writing them down. Next time you feel like, “I can’t take it anymore.” Next time you reach your “breaking point,” write down all your thoughts and emotions. Let the levee of anger and frustration break open and flood the page. Write it down and then walk away. Forget about it for a few days.

And then, when your mood is at a baseline of normal, read back what you wrote. It will be a cringe-worthy, yet valuable, look at the hardwiring that’s driving you into disconnect, stress, and fear.

This is also important because it offers context between “past you” and “present you.” It’s evidence that feelings change, moods swing, and that your general sense of well-being shouldn’t be tied to any one moment. There’s nothing quite like an old angsty journal entry to discourage you from magnifying a passing emotion.

And then comes the most important step of any journaling practice. As the stoic Seneca, the Younger wrote, you must, “Prove your words with deeds.” The words you write should be more than ink stained on a page. We must practice what we preach, especially when preaching to ourselves.

One thing that makes it difficult for people to start journaling is the pressure to journal every day. This can make one feel like if they miss a day or week or a year that all is lost. It’s true that the more consistently you journal, the more rewarding it becomes. But it’s fine to journal a few days a month to get started. Journal when you need it. Do it when you can. And no matter long it’s been since your last entry, it will feel good to start again.

There’s no wrong way to journal as long as you write with honesty, and give yourself permission to be wrong. You can write down what you’re feeling, read it back, and realize, “I don’t actually believe that. That’s a feeling I can let go of.” Even complaining about other people in your journal can be a move toward self-awareness. As Jung also wrote, “Everything that irritates us about others can lead us to an understanding about ourselves.”

This is an important point because self-awareness is also about other people. True self-awareness is understanding how our own habits, attitudes, and actions influence the people around us. And, in return, recognizing how that affects the way we feel about ourselves.

That’s what being connected is all about.

“The unaware life is not worth living.” — Anthony de Mello

Anthony de Mello was a Jesuit priest who was known for his spiritual writings and sermons on the meaning of awareness. He put it simply: “What you are aware of you are in control of; what you are not aware of is in control of you.”

Journaling is only one tool for walking the path toward self-awareness. But whether it’s through writing, asking others for feedback, or becoming more objective with your own thoughts and actions, the point is this: Watch yourself. Stay vigilant in the ongoing quest to better understand who you are, how you think, and how you make other people feel.

Beware of spending too much time up in your own head. When in doubt, open a journal and drag the lake. Organize the thoughts that serve you and give proper burial to those that don’t. Because as Anthony de Mello went on to say, “The unaware life is not worth living.” 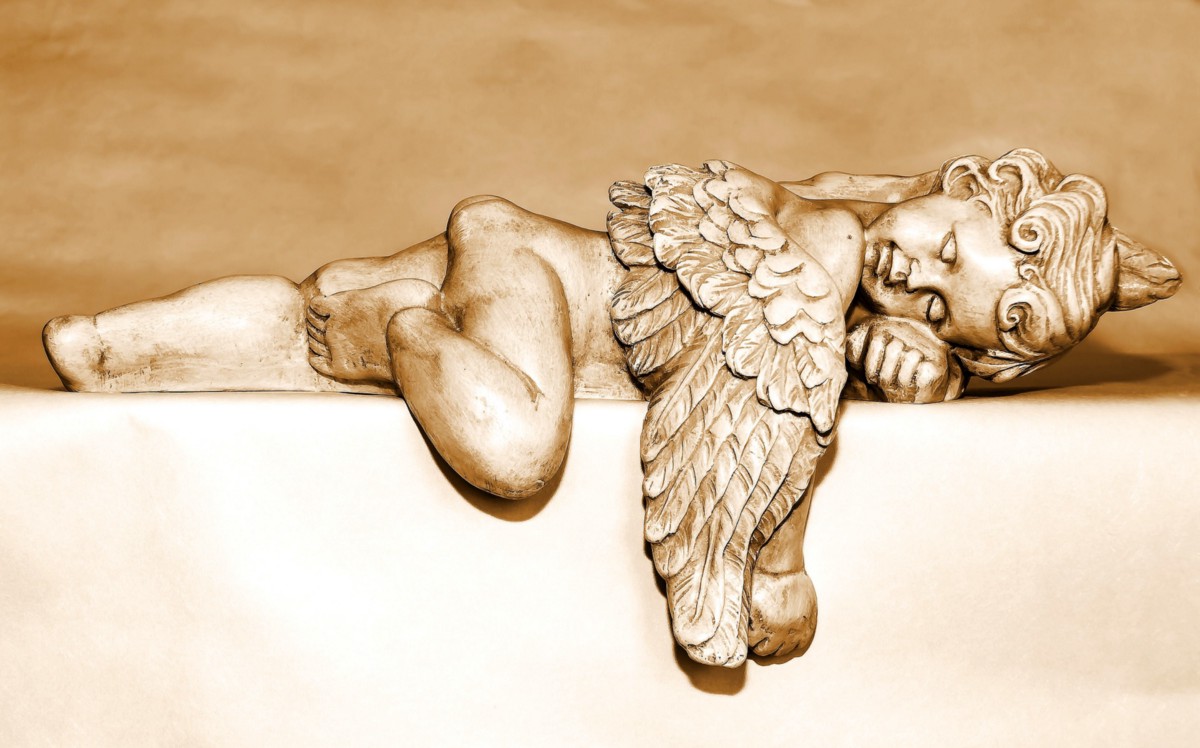