I guess I’ve always been drawn towards the darkness. Not the black-metal, hail-satan type of darkness, but anything that holds that unsettling urgency of angst or rebellion. I embraced the punk-rock mentality of Us vs Them from the get-go. My favorite albums were always the ones with the most menace. It was Zeppelin over The Beatles. Rawness over melody. It was that possessed quality in Cobain’s voice that kept me up all night, learning to play Nevermindfrom front to back on guitar.

There was never any casual listening in my bedroom. Music for me was an all or nothing endeavor. I didn’t dance. There was no swaying under the palm trees to a feel-good beat. I needed to be fully steeped in the sounds of the angst I felt. I needed to feel haunted.

But that was then. These days, it’s harder to connect with the primal scream of my youth. I do my best to keep up with the new stuff, and every now and then I’ll hear something different that turns me on. But it’s been awhile since I’ve felt fully consumed by the uneasy feeling of a record reaching up from the depths and shaking my soul. That grit and grime of over-distorted, palm-muted paranoia that seemed to expedite puberty.

As I chase that feeling, I do what any aging music fan would do: Externalize. “They don’t make’em like they used to,” I tell myself. But as the years go on, with each new release, I come around to the notion that it’s probably just me.

Come September, my twenties will be behind me. I’m not claiming to be cosmically connected to Jim and Janis or the rest of the Forever 27 club, but that’s certainly around the age I felt the edge dull. That’s when things started to go right. I got a good job. I fell in love. Certain things came together and I began to curb those general feelings of malaise.

Don’t get me wrong — it’s not like I underwent a total vasectomy of despair. I still have my worries. Unhelpful thoughts still scratch at the walls of my brain some nights. But I’m not as edgy. The things that used to rile me up just don’t hit the same. My house isn’t as haunted as it once was.

It may surprise certain people that I gravitate towards the grittier side of art, seeing how I usually have a big, well-adjusted smile plastered beneath a shiny, blonde mop. And it’s not that I used to be angry or overly depressed, (however I am a guitar player, so probably more sensitive than most). It could very well be that because I’ve always been likable and friendly that I crave the other side.

I was in the 6th grade when Dr. Dre’s album, The Chronic 2001 came out. My friend stole his older brother’s copy and let me borrow it. I’ll never forget the look on my mother’s face when she caught me listening. I’d taken the necessary precautions — turned it down low — but through some super-sonic-sonar-system of maternal instinct she heard Dre’s voice, wafting through the family room, explaining to her 11-year-old son all the reasons why “You can’t make a hoe a housewife.”

Looking back, I may have I tipped her off when she was driving me to school one morning and I asked her what “ackrite” was and where could I get some.

But that was all it took. That feeling of listening to something while looking over your shoulder. There was danger in it.

In high school, I rocked against Bush with NoFx and the rest of my punk-rock heroes. I didn’t know the details of the war– it didn’t matter. All I knew was that it was Us vs Them. The music riled me beyond any reasonable conversation and the only thing to do was smash bottles and scream, “No I cannot turn it down, this is the only way to listen!”

I desperately wanted to “fight for my right to party,” even though no one was really telling me I couldn’t.

I remember hiding out in a cocoon of early 2000, emo-band love songs when a girl didn’t like me. Back then, I could still be absolutely certain that no one else had ever felt the way I did and that there was no way life could possibly go on. Somehow, it was always the songs of solitude and isolation that made me feel closer to the counter-culture inside my mind.

But now, even with a reality tv-star president stomping over the constitution like a setlist taped to the stage, I can sleep at night. Of course, I’m angry! But, I’ve also been meditating. Instead of smashing bottles and turning up the volume I find myself saying, “It’s gonna be ok. We’re gonna all get through this together.” Where there was once songs of protest, now there is SNL and stifled laughter. The chimes of freedom flashing in my life just aren’t as blinding as they once were.

I guess it’s just residual punk-rock guilt that makes me miss the borderline self-destructive emotions music used to bring me. But not all is lost. The good news is, I still need music. It’s still sexy, inspiring, and more than necessary in my life.

I’ve been able to go back and re-listen to the old classics I never had the palate for. It was only in the last few years I discovered Leonard Cohen. And I’m only now starting to wrap my mind around the mood and busyness of great jazz.

I find new meaning in my old favorite records and keep them close by for when I’m in need of some emotional time-travel. When the days get shorter I’ll play Tom Wait’s, Nighthawks At The Diner and will feel loneliness. I have Dylan’s Blood On The Tracks to remind me what it feels like to have a broken heart. I can still put on The Battle Of Los Angeles anytime I want to speed down the freeway like a pissed-off teenager.

I can still go there. But now, it’s a passenger seat view of wounds healed and vendettas forgotten.

As I’ve gotten older, the world hasn’t made more sense. But I’ve gotten used to it. People either get their shit together or they don’t, but somewhere along the way, the edge dulls. You learn how to pick your battles, both with others and with yourself. The circle pit still spins, but eventually, you find yourself opting for seats in the balcony.

The 16-year-old version of myself is reading this, giving me the finger with painted nails and dyed black hair (he’s also playing the intro to “Crazy Train” off tempo).

But as I begin to accept that I’m the only one to blame for growing up and out of the rebel yell of my youth, I know that I played until my fingers bled. I turned it up until the neighbors called the cops. And when push comes to shove, I like to think I can still throw down in the circle pit of life.

I guess, for now, I’ll just have to learn to sway under the palms with a feel-good beat and accept that this is what music sounds like at 30.

Enjoy this article? Subscribe to my newsletter, The Temperature Check to get new writing and my best on how to connect, create, and accomplish. 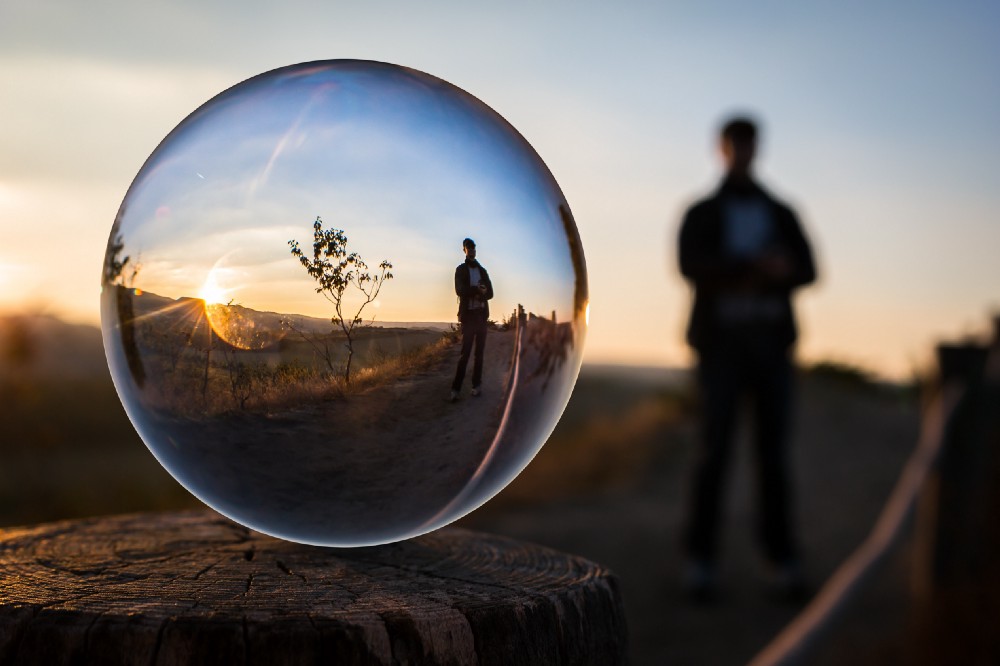