What Brings Your World Into Focus? 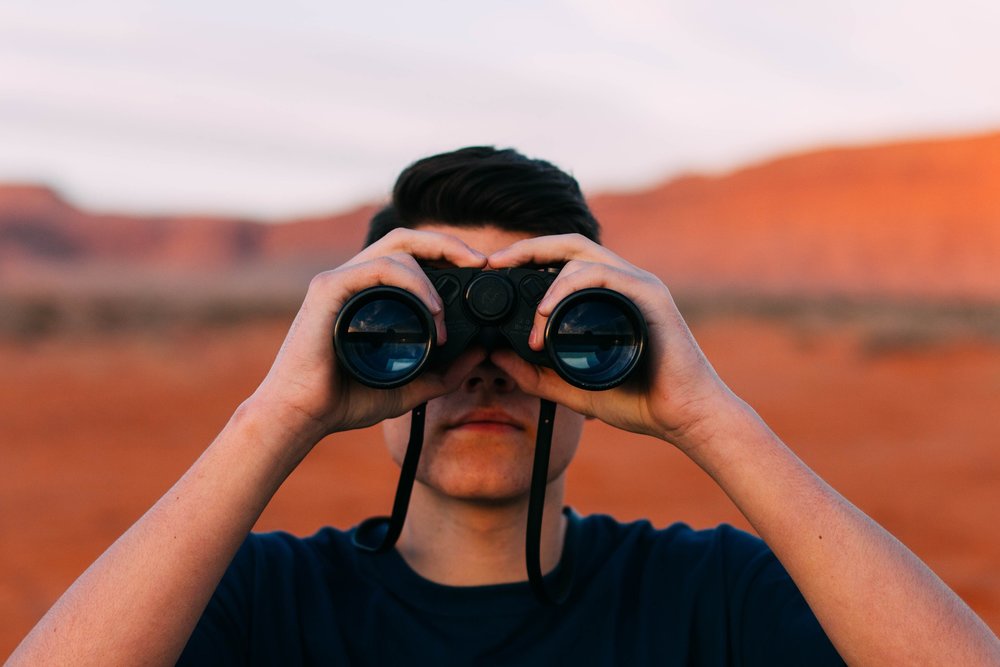 Theodore Roosevelt was 13 years old, blazing through the flora and fauna of the Hudson Valley when he realized he was near-sighted. This truth first came into focus during a summer day of hunting with his friends. Roosevelt watched bewildered as the other boys, the same age with the same rifles, hit seemingly invisible targets out of the vague, blue-blur of the sky. A few hours later, they read aloud the words from an advertisement in huge letters on a distant billboard. Not only could young Theodore not read the sign, but he could not see the letters.

He wrote about what happened next in his journal:

“I spoke of this to my father and soon got my first pair of spectacles, which literally opened a whole new world to me. I had no idea how beautiful the world was until I got those spectacles. While much of my clumsiness and awkwardness was due to general characteristics, a good deal of it was due to that I could not see, and that I was wholly ignorant to that I could not see.”

In the biography, The Rise of Theodore Roosevelt, author Edmund Morris highlights the impact this moment had on the future president:

“It is impossible the overestimate the importance of this event on the boys maturing sensibilities. Through the miraculous little windows that now gripped his nose, the world leaped into pristine focus, disclosing an infinity of detail, of color, of nuance, and movement, just when the screen of his mind was at it’s most perceptive. One of the best features of his adult descriptive writing, an unsurpassed joy of things seen, dates back to this moment.”

While they may not be as dramatic in the physical sense, these moments of inflection are available to us all. For me, it was when I began writing. The give and take between imagination and fingertips, pecking out words to make sense of the world, make the world come alive. Simple conversations grew new layers of potential. Through writing, the dull dramas of every day that once stung my ears could now be heard like the words of Shakespeare being sung out of a Chet Baker trumpet. Writing gave me a front row seat to a live orchestra of life I never knew was playing all along.

Many people go drolling about, unaware that they aren’t seeing the whole picture. They haven’t found — or they’ve overlooked — the one outlet that feeds electricity into everything. They haven’t found their own miraculous little windows to see the world through.

Have you found yours?

Did you lose it somewhere along the way?

Maybe it’s painting, or running a business. It could be reading romance novels in the morning or swimming laps at night. It could be the pride of being a parent or the thrill of travel.

Whatever it is, don’t take it for granted. Fight for dear life to keep it close and never allow the outside world to blind you of its importance. Obligations and limiting beliefs will try to shovel dirt over this passion, but you must fight tooth and nail for what makes you feel alive.

If you’re still searching for what gives you sight, pull yourself out of the everydayness of life first by being aware of the possibility. Believe in the possibility that something waits for you. Be vigilant in your curiosity and hunger to be “onto something.”

Life can be spent waiting for death or searching for truth. Find what is meant for you. Try everything until you feel the veil pulled from your eyes and can say with the same enthusiasm as a young Theodor Roosevelt that, “I never knew how beautiful the world was until I got those spectacles.”